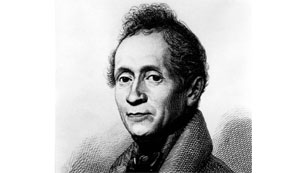 This year, 2013, will mark the 225th anniversary of the birth of a key figure of German Romanticism whose significance remains undiminished to this day: Joseph Karl Benedikt Freiherr von Eichendorff. The poet and novelist was born on 10 March 1788 in Schloss Lubowitz near Ratibor, Upper Silesia, in what is now Poland.

As a contemporary of Arnim, Brentano, Kleist, and Schlegel, Eichendorff ranks as one of the most important figures in German literature. His poems were the embodiment of the Romantic movement and many were put to music. Der frohe Wandersmann or ‘Merry Wanderer’, which begins with the lines ‘God reveals his grace to those / he sends out into the wide world’, went on to become one of the best-known German Wanderlieder (or ‘wandering songs’ to be sung while roaming in nature). Several musical recording of poems by Eichendorff subsequently set to music can be found in the DDB, including one of the most famous of all: Mondnacht (or ‘Moon Night’) with music composed by Robert Schumann. 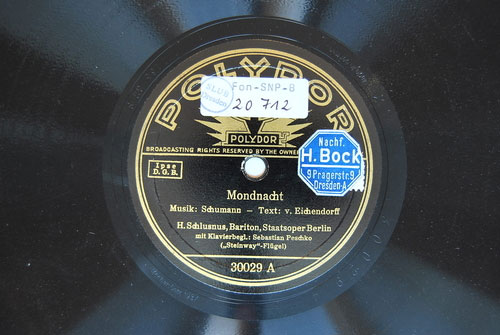 Mondnacht / music: Schumann. Lyrics: Eichendorff
Digital recording of a 78-rpm shellac record from the collection of the SLUB Dresden.

It was as if the sky / Silently kissed the earth / So in a shimmer of blossoms / It would only ever dream of above.

The breeze drifted across fields / The ears of corn waved gently / The forests rustled faintly / It was a star-clear night.

And my soul unfurled / Its wings and / Flew across the quiet lands / As if returning home.

Eichendorff also occupies a firm place in the German literary canon for his lyrical prose. His 1826 novella Aus dem Leben eines Taugenichts (modern title: ‘Memoirs of a Good-For-Nothing’) is regarded as the apogee and beginning of the end of German Romanticism. Also available in the DDB are several stills taken from the East-German DEFA film adaptation of the story from 1973, which stars the American actor and singer Dean Reed in the leading role.
Previous Article Next Article